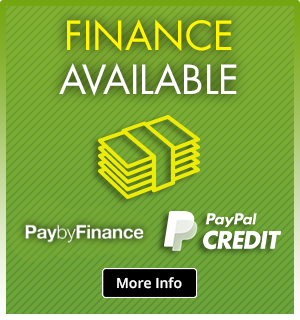 The AudioQuest Irish Red Subwoofer cable is the dependable interconnect that won't let you down introducing a 0.5% layer of pure silver to the non-stranded LGC conductors. Irish Red is a good step up in material grade from Black Lab, includes a quality woven braid for the outer jacket and comes complete with a grounding spade lug to sort out any subwoofer hum problems you might get.

Please provide your email address and we will remind you when "AudioQuest Irish Red Subwoofer Cable 5m (Single)" is back in stock. 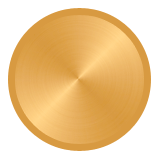 Gold Plated Plugs Maintain the best connection to your devices 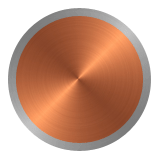 Silver Coated Copper A coating of 100% pure silver over the OFC conductor for a high level of conductivity.

A dependable and stable interconnect, the Irish Red embellishes the simple Black Lab subwoofer cable with a layer of silver over the conductors and adds a premium woven braid for the outer jacket. AudioQuest have stayed true to their core beliefs with the Irish Red subwoofer cable by staying faithful to the philosophy and geometry of the cable construction for every range but just uses an increase in material qualities as you upgrade.

Solid Long Grain Copper (LGC) provides the central core to the cable, a technique that eliminates strand interaction (being more like a long core of solid copper). A smoother and clearer sound is achieved than regular standard-issue OFC cables and contains less oxides, less impurities and fewer grain boundaries (where the end of one meets the start of another).

Top-notch Polyethylene insulation and an integrated system to combat noise are all unmistakable features of AudioQuest Irish Red and rather than soldering RCA plugs to terminate the cable AQ strongly believe in a 'cold-weld' connection to avoid distortion and a better choice of metals that isn't dictated by machinery.

The Irish Red also comes complete with a useful grounding lug, which will help to eliminate any subwoofer hum you may come across. Simply attach one spade lug to the metal chassis of the subwoofer's amplifier block and the other spade to the chassis of the AV receiver or amplifier. Certainly one of the only subwoofer cables to include one at this price point. Excellent attention to detail yet again from AudioQuest!

Solid conductors eliminate strand-interaction distortion and reduce jitter. Solid silver-plated conductors are excellent for very high-frequency applications. These signals, being such a high frequency, travel almost exclusively on the surface of the conductor. As the surface is made of high-purity silver, the performance is very close to that of a solid silver cable, but priced much closer to solid copper cable. This is an incredibly cost effective way of manufacturing very high-quality subwoofer cables like the Irish Red.

Strand interaction is the single greatest cause of distortion in cable, and one of the easiest to avoid. Whenever current crosses the oxidized contact between bare strands, the signal will be altered. In addition, the magnetic fields of the various strands are constantly interacting, causing confusion (smearing) and causing the contact pressure between strands to be constantly modulated. AudioQuest's solid core conductors are the complete solution to this problem.

Noise, in the form of RF energy, is the mortal enemy of good sound. Our environment is more contaminated with RF than ever before due to the huge proliferation of RF radiating devices like computers and mobile phones. Traditionally, RF energy is routed to ground through the use of a 'shield" consisting of either a braided metal or foil. This 'draining' of RF to ground causes a modulation of the ground plane, which in turn causes a form of signal modulation. AudioQuest's Noise-Dissipation System greatly reduces the effect of this modulation. Metal, used in a passive manner, acts as a method of dissipating and reducing the incoming RF. The result is dramatically less modulation of the signal, less distortion and better sound.

Making the perfect connection between conductor and connector is not a simple process. There are three accepted ways to make the connection between a cable and its termination. Solder is by far the most common method of connection. Resistance welding is clearly superior to even the best solder. However, just as solder introduces an inferior layer of differing material, causing distortion and reflections, so does welding. The alloy created at the interface of cable and plug is far superior to solder, but it is still an undesirable intermediary layer. After so much attention to the quality of the conductor and connector, the contact system deserves just as much consideration. AudioQuest's Cold-Weld System solves this problem with a superior connection that insures that the structural integrity of the conductor is kept completely intact. The Cold-Weld System refers to a combination of high pressure at the point of contact and the use of silver impregnated paste.

Any solid material adjacent to a conductor is actually part of an imperfect circuit. Wire insulation and circuit board materials all absorb energy (loss). Some of this energy is stored and then released as distortion. Irish Red uses air-filled Foamed-Polyethylene Insulation on both conductors because air absorbs next to no energy and Polyethylene is low-loss and has a benign distortion profile. Thanks to all the air in Foamed-PE, it causes much less of the out-of-focus effect common to other materials.

£825.00 In Stock
View Product
Showroom Find out more about our fantastic demo facility
Finance Available Spread the cost on orders from £99, terms apply
Free Delivery On all orders, to most UK addresses

Maintain the best connection to your devices

A coating of 100% pure silver over the OFC conductor for a high level of conductivity.