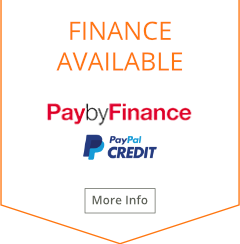 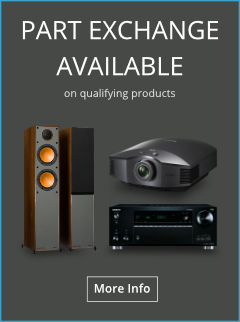 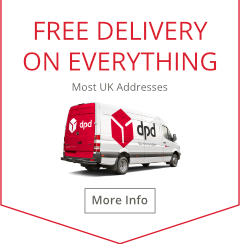 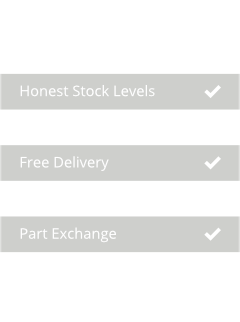 Over the past few years, I’ve been through various stages of collecting music to the amazement of my former colleagues who always used to comment on my vinyl and CD lunchtime finds in the charity shops of Salford. In just an hour, I would return with a boxful of cheap records that would provoke discussion, amusement and above all, musical memories of fond times for the afternoon ahead.

My tactic was simple as I would only focus on getting vinyl by artists that I had heard of. You’d be amazed at just how many Perry Como and other ‘crooner’ albums there are in languishing in charity shops when mining for records in Britain’s suburban souks.

I even coined the phrase ‘Charity Shop Challenge’ and I collected over 300 records in just over a year at a minimal cost. I soon realised that my vinyl record collecting tricks could be replicated with CDs and I finished completing all of the Ministry of Sound Annuals this year. I’ve now collected over 25 years of dance music for an average cost of £2 per album or the price of a take-away coffee.

The demise of the CD notably co-insides with a rise in the number of charity shops dotted around the country. The vast, donated collections of unwanted CDs now reside in the likes of Barnado's, Oxfam and AgeUK.

As my passion for collecting records has grown, I become more and more interested in the devices that I play the albums on. I have an old iPod that I use for running full of hi-tempo tunes and a portable DAB radio for listening to BBC Radio. Like many people though, my phone is now my primary portable music device and gets hooked up to a decent pair of in-ear headphones whilst listening to a YouTube Music mix.

Why does anyone need to buy a DAC?

“Why does anyone need to buy a DAC?” is a question often posed on Google. I’ve often bought new headphones from various brands thinking that they are the key to delivering superior sound, however, the answer lies hidden within the phone itself. Quite simply, a phone’s internal DAC isn’t a priority for manufacturers and they almost always use cheap components here. This was something that I was unaware of before working at AV Online and the world of DACs was something new to learn. Essentially the benefit of any DAC is that the sound output is changed from being hi-res to analogue that will give better control over the sound to the end-user.

This week, I am testing the EarMen Sparrow DAC and unlike my test of the excellent DragonFly Red DAC, I am going to purely focus on the sound delivered through my phone, a Xiaomi Redmi Note 9 rather than my MacBook. Whilst you may be unfamiliar with this Chinese brand, Xiaomi is aiming to be the leading 5G handset manufacturer and the spec is first-class for a phone that is ranked as one of the best value phones available with a spec beyond its price point.

The EarMen Sparrow DAC is smaller than the rival USB stick DragonFly series and feels more like an audio accessory rather than a USB device used for data storage. The Sparrow includes two USB cable adaptors that plug into a USB-C phone connection or a standard USB port for use on a laptop computer. iPhone users will need the official Apple USB-C connection lead to ensure connectivity. I like the design of the Sparrow and the LED indicator light is green to show that the device is functioning normally. There are no apps to install and everything is plug-and-play. I am using the same JBL headphones as the ones used on the DragonFly review that despite being budget, are very capable.

I wanted to test the deepness of the bass and selected a UK grime and garage mix on YouTube Music. I’ve grown up listening to UK garage and know most tracks word for word. The fast lyrics and alternating basslines meant that this would be a challenge for the Sparrow. I finished the review with the full ending battle of 8 Mile featuring Eminem on a 4K/UHD YouTube video. With the lively crowd, angry performance and intense setting, it is the perfect test clip for sampling audio beyond the ordinary.

The first thing that you immediately notice is that the sound is instantly clearer and even the background noises such as microphone taps, crowd sounds and the scratches on the spinning vinyl as the battles begin on the 8 Mile clip. You can intricately listen to Eminem’s lyrics and the calls from the lively crowd. The same applies to the grime and garage mix with the bassline both rich and deep. Vocals are also clear and the sound cuts deep. Importantly, the increased intensity doesn’t give you a headache or pound at the temples. Users of DACs will have to note that the default volume is increased significantly.

Connecting my Android phone to the EarMen Sparrow

The Xiaomi phone is a bit cheeky and allows you to stream videos over the Mi Music app, so you can use your phone without leaving the video, however, there is also an excellent equalizer behind the scenes that gives you even more control. Sadly the Sparrow doesn’t recognise the music genre automatically, so you do need to switch the sound settings on the phone otherwise the sound quality can be impaired. This is one improvement that I would suggest with an accompanying app to download via the Play Store or Apple Store for even more EQ control.

Having reviewed both the DragonFly and the rival EarMen Sparrow, I can say that both offer an improvement in sound quality and a noticeable difference in ambient noise. Interestingly, there is a subtle naming dig from EarMen that is squarely aimed at the class-leading DragonFly series because, in nature, sparrows eat dragonflies.

I’ve deliberately avoided going all-out on the technical aspects in this review as these mini DACs are designed to be as user-friendly as possible and could potentially gain mass-market appeal if more people knew about them. From an end-user point of view, I would say that DACs need greater awareness generally and of the sound benefits that they can deliver. I let my wife borrow a device and she was immediately impressed with the uplift in quality via Spotify.

Overall, I do prefer the EarMen Sparrow design and the way that it feels part of the phone rather than an accessory when compared to the DragonFly. However, the overriding benefit is that listening to YouTube mixes has never been delivered in such high-quality. I’ve even taken a break in adding to my charity shop sourced collection of CDs and vinyl using the improved audio quality now found on my phone to stream.

One thing is for sure though, it is going to be tough to put this little piece of kit back into the warehouse!

The EarMen Sparrow DAC costs £209 and can be purchased here >>